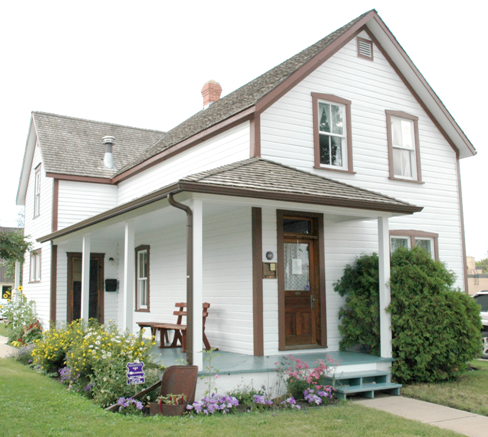 The Michener House Museum displays items from Roland Michener's personal and family collections, furnishings from the turn of the century, the original pump organ from Grace Methodist Church, in addition to the bed that Roland Michener was born in.

The Michener House was built in 1894 as the Village of Lacombe Methodist Church Parsonage. Today it is historically significant as the birthplace of Right Honourable Roland Michener, former Governor General of Canada, and as the parsonage of his father, Edward. The house is also historically significant as one of the oldest remaining buildings in Lacombe, and illustrates the important first phase of the town's development. The Michener House is a modest example of typical turn-of-the-century frame building construction.

After the departure of the Michener family, the house passed to successive ministers, was expanded with an addition to the rear in 1918 and subsequently converted for use as a church hall. The church was also used as a hall after the congregation joined with that of St. Andrew's Presbyterian Church in Lacombe to form St. Andrew's United Church in 1922. In later years the church saw service as the Lacombe's Boy Scout Hall, and was finally demolished in 1984.

More information can be found on the Canada's Historic Places website

The Archives preserve the Michener legacy as well as documents, photographs, and artifacts significant to the Lacombe region and its history. The documents and photographs are accessible to the public by appointment. Digital high resolution copies of archival photographs can be obtained with a $10.00 donation.
Please contact the office for more information at archives@lacombemuseum.com

For the 2020 season, both locations are only accessible by pre-booking your visit.
Pre book your visit here.

For the 2020 season, both locations are only accessible by pre-booking your visit.
Pre book your visit here. 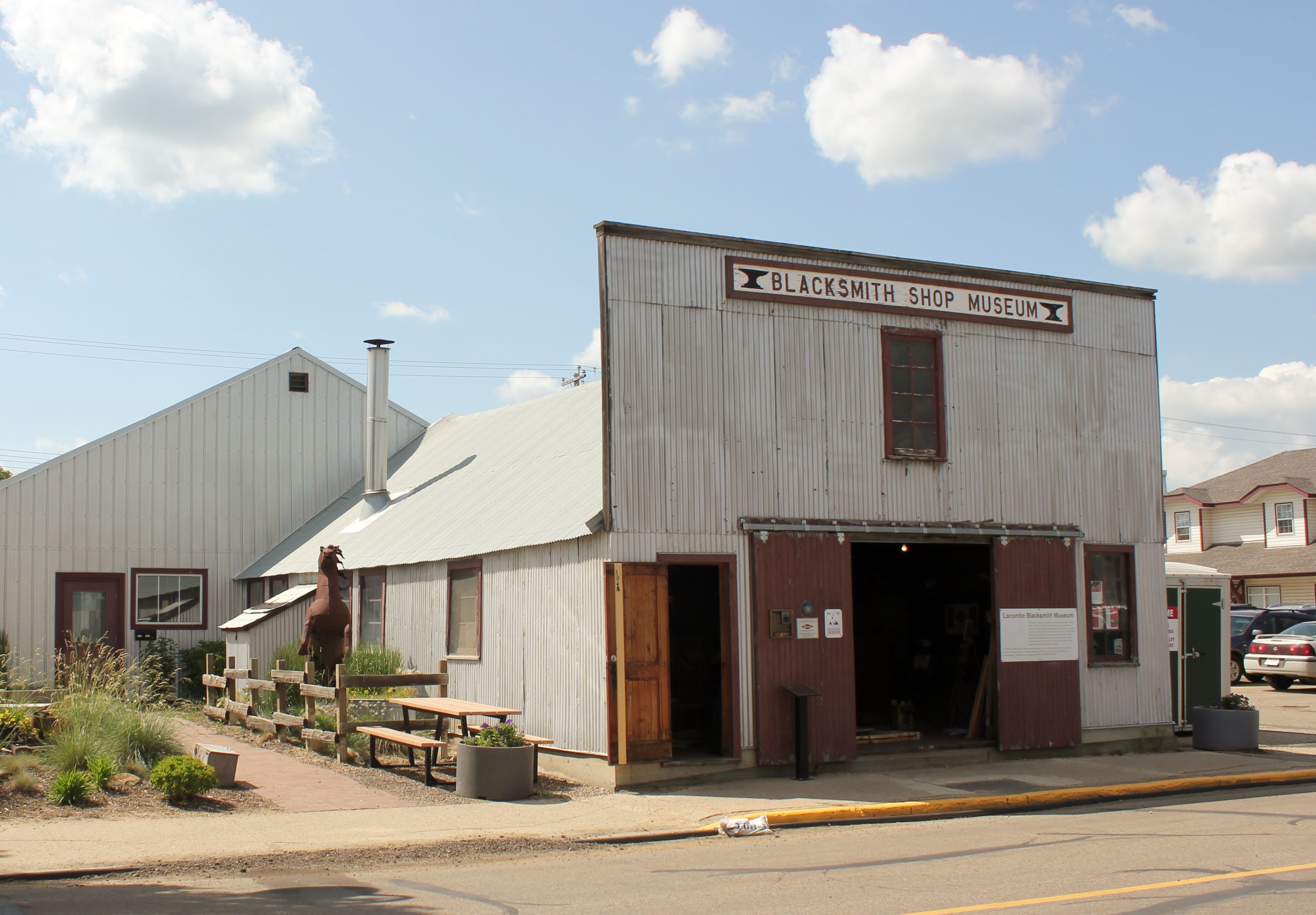 The Blacksmith shop was often a hub of activity back when horses and carriages ruled the road. Come see how iron is bent and formed into shapes through intense heat and loud triphammers (cover your ears) and learn about the history and politics of blacksmithing in Lacombe.

Purchased by the Lacombe and District Historical Society in 1991, the blacksmith shop was restored as a museum.

The Lacombe Blacksmith Shop was designated as a Provincial Historic Resource by the Government of Alberta in 2011.

More information can be found on the Canada's Historic Places website

For information about Michener House Museum & Archives, the Blacksmith Shop Museum or the Historical Society, contact the office at 403-782-3922 or info@lacombemuseum.com